From tiny home communities to LEED-certified urban high-rises, the American housing market is in hot pursuit of utopia.

An Opendoor executive, Ryan Johnson, left the iBuyer in 2018 to launch Culdesac, a 1,000-acre, car-free community planned for Tempe, Arizona.

Agents Inman spoke to about Culdesac seem skeptical, claiming the heat will make walkable neighborhoods tough in that part of the desert. Phoenix is the country’s best example of urban sprawl.

While urban rethinkers and real estate innovators may want to see Johnson’s vision and other green-driven concepts like it reach fruition, there are blocks of too much money, politics and existing policy standing in the way.

Unless you’re Japanese automaker Toyota, in which case, you can build exactly that kind of city. It can have cars and be under a volcano, too.

At the 2020 Consumer Electronics Show in Las Vegas this week, the car-giant announced formal plans to construct Woven City, a prototype town on a 175-acre parcel in the shadow of Mount Fuji.

This is not a drill; the city will take root next year and house up to 2,000 full-time residents, researchers and academics, becoming a de facto testing ground for the ability of hydrogen fuel cells to power municipal systems and support smaller, ease-of-mobility-minded neighborhoods.

The “woven” in Woven City stems from the 3-by-3 block urban planning concept being put on display, involving a physical collaboration of nature, walkways, flexible plazas and automobile travel routes. 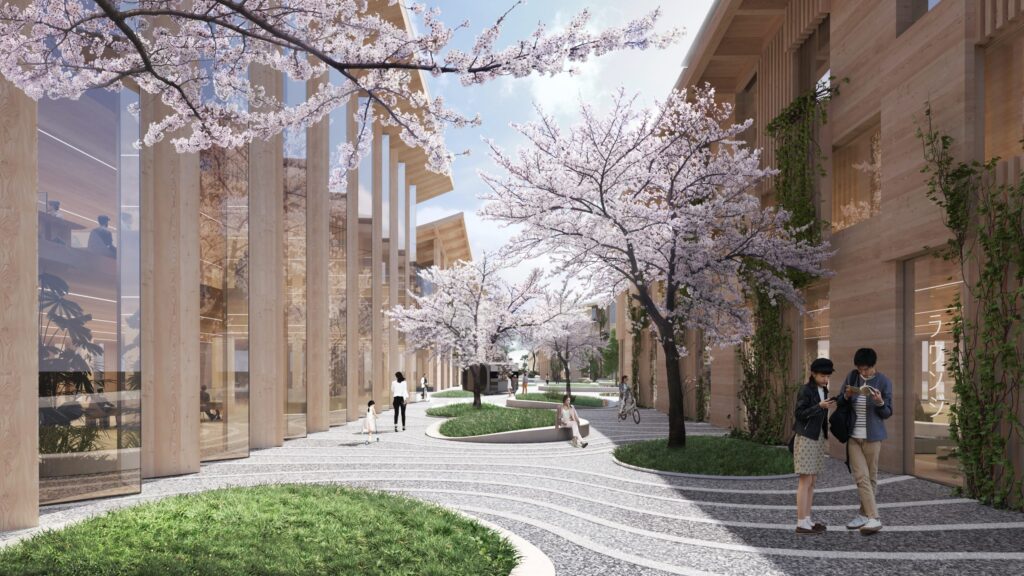 Streets and paths will be designed to accommodate different forms and speeds of mobility, so it also involves finding ways for traditional cars to function alongside newer and smaller forms of transport. Roads will be divided accordingly, and commercial delivery vehicles and infrastructure easements will be in tunnels.

Think for a moment about the behavior of traffic on major American roadways — gridlock is often the result of hundreds of thousands of individual driver intentions all in the same place at the same time, as people wanting to drive at 55 mph are amongst those wanting to travel at 75 mph.

Again, the idea of environmentally-friendly, walkable cities populated with like-minded, navel-gazing greenies is not new — but it is universally poo-pooed by the more traditionally minded real estate developers and civic leaders. 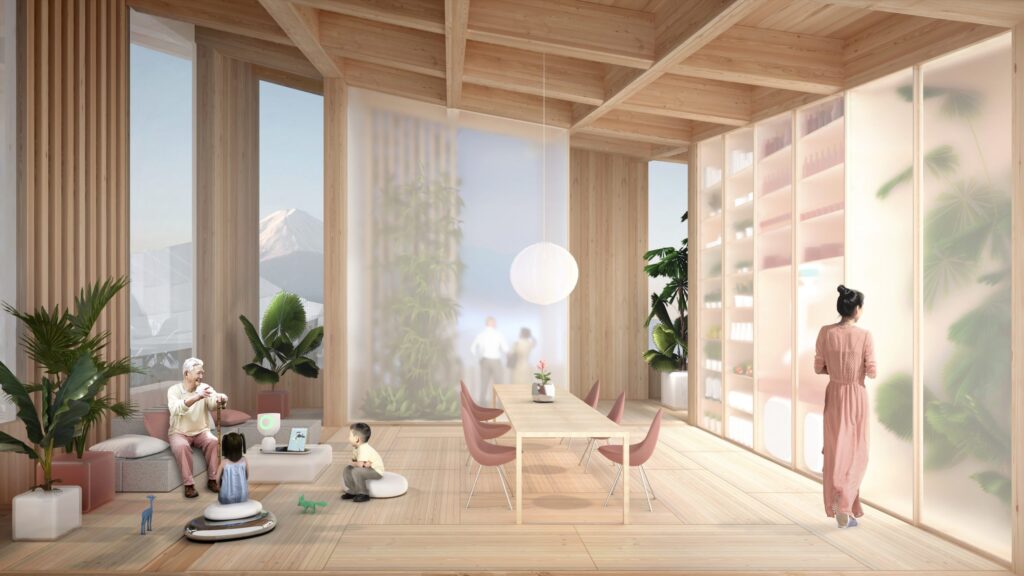 Cost and available space, while synonymous in these scenarios, are typically arguments No. 1 and No. 2 against such concepts.

Well, Toyota is just the type of company (read: money and influence) to pull off such a project, and its major coup in this case is the city’s size. At 175 acres, it’s smaller than most planned housing developments. It’s about size of a standard 72-hole golf course, and those things are everywhere. Just ask Phoenix.

Woven City residences and commercial buildings will use locally sourced wood, be supported with roof-based solar energy and use Japanese “joinery,” a construction method that eschews bolts and fasteners for complex, inter-locking joints to bind sections. It’s centuries-old and historically secretive, protected by carpenters and family tradition, which results in much less material waste.

Of course, because this Toyota, the ancient, hand-cut process will also be robot-assisted.

Ultimately, the project is intended to be a living laboratory.

“Building a complete city from the ground up, even on a small scale like this, is a unique opportunity to develop future technologies, including a digital operating system for the city’s infrastructure,” said Akio Toyoda, president of Toyota Motor Corporation, in a press release.

Toyota is actively seeking partners in its project to contribute technologies and ideas related to living sustainably.

Have suggestions for products that you’d like to see reviewed by our real estate technology expert? Email Craig Rowe.