Home prices grew by 3.5 percent year-over-year in October and are expected to rise by 5.4 percent by the same time next year, according to the latest CoreLogic Home Price Index and Forecast report released Tuesday. Between September and October 2019, home prices grew by 0.5 percent.

Nationwide, home values have been growing steadily since 2012 and the recovery period that followed the recession. February 2016 saw peak year-over-year growth at 4.2 percent. But now, CoreLogic’s economists predict new peaks for the coming year.

While low mortgage rates and a strong job market increase Americans’ homebuying ability and therefore competition for homes, some parts of the country are not reaping in the prosperity at equal rates. Thirty-five of the country’s 100 largest cities currently have an overvalued housing market while the Northeast division comprising New York, New Jersey and White Plains saw housing values fall by 1 percent over the last year. 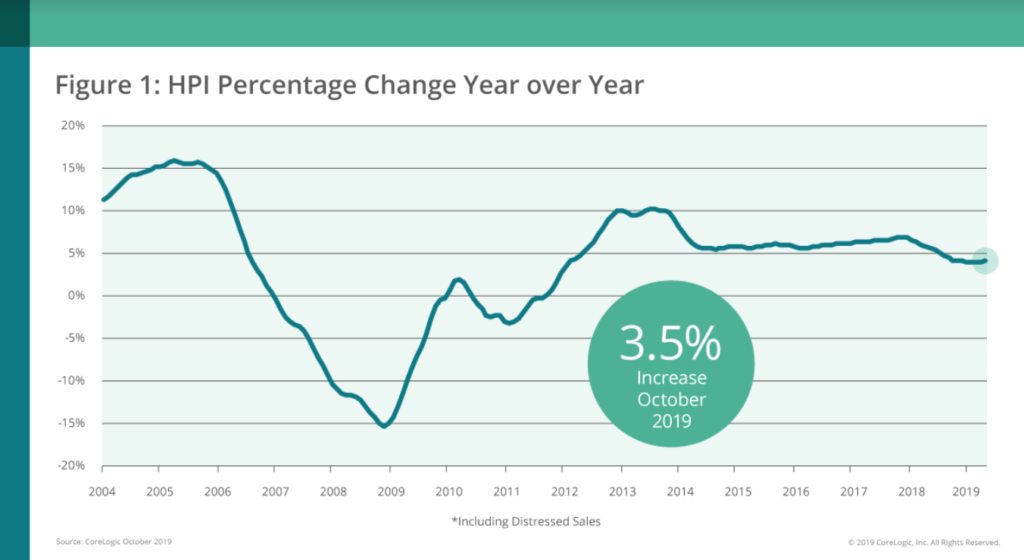 “Local home-price growth can deviate widely from the change in our U.S. index,” said Dr. Frank Nothaft, chief economist at CoreLogic. “While we saw prices up 3.5 percent nationally last year, home prices also declined in 22 metropolitan areas. Price softness occurred in some high-cost urban areas and in metros with weak employment growth during the past year.”

That said, the numbers show that the overall American housing market is looking fairly strong — and buyer sentiment is also changing to reflect its current conditions. According to CoreLogic’s and RTI Research’s survey on millennial homebuying, three out of four millennials believe that they would qualify for a home loan in their current financial situation. That said, more than half still consider homebuying a stressful experience.

Is going virtual virtually holding you back? 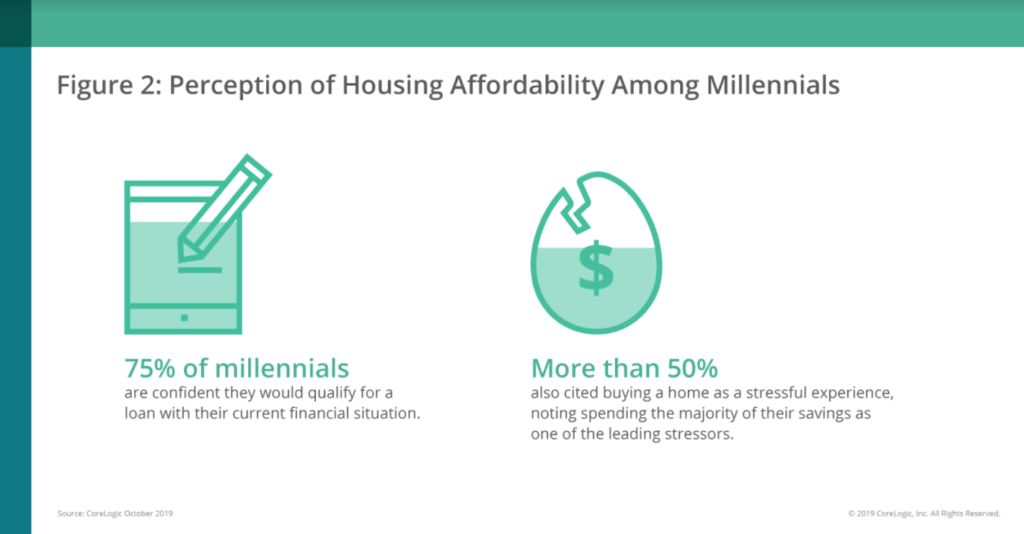 “Nationally, over the past year, home prices are up 3.5% with the rate of growth accelerating from September into October,” said Frank Martell, president and CEO of CoreLogic. “We expect home prices to rise at least another 5 percent over the next 12 months. Interestingly, this persistent increase in home prices isn’t deterring older millennials. In fact, 25% of those surveyed anticipate purchasing a home over the next six to eight months.”